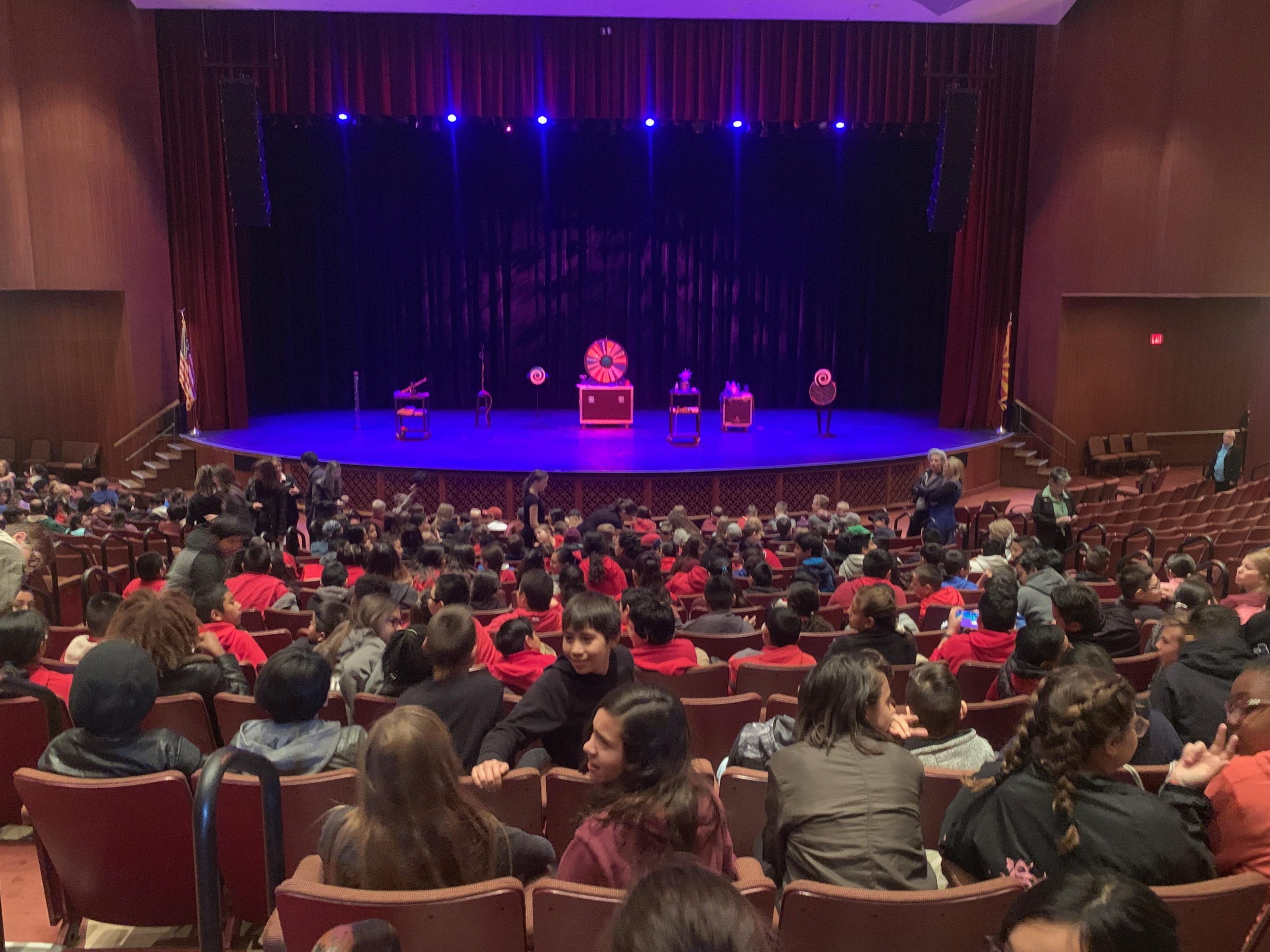 The lights in the theater of Chandler Center for the Arts dimmed. More than 500 excited voices hushed to a whisper and then fell silent as a strange scientist dressed in a bright orange lab coat, protective chrome goggles and motorcycle boots stepped onto the stage. The air was buzzing with anticipation; a good number of the students in the audience had never been on a field trip before, and certainly had never seen anything like this. Doktor Kaboom spun his Wheel of Science, and the show, which melds theater and science, began.
Students and chaperones alike often claim their favorite part of an Act One field trip are the initial moments: when first walking into an art museum, when watching performers enter a stage for the first act or hearing the first song recited by musicians. These are often the moments when inspiration, curiosity and amazement are at an all-time high. No field trip begins, however, quite like that of Doktor Kaboom and his wheel, which kept on turning throughout the entire show.

“He uses a wheel to determine the experiments that he is going to do, which makes each show unique,” said 5th grade teacher Candace Greene of Sevilla West School. “My favorite was using the pickles as lightbulbs.”

Several students were invited on stage to assist in the interactive experiments chosen by Doktor Kaboom’s Wheel of Science, including “Hovercraft,” “Catapult Schmatapult,” “Air Cannon” and optical illusions that caused an eruption of gasps and applause.

The whacky scientist used the hands-on science experiments to advocate for critical thinking, self-confidence and most of all, fun science! The audience was encouraged to stay curious and engaged with the world around them, to have fun and above all else to “practice safe science.”

Doktor Kaboom has proven that science can be just as theatrical and imaginative as any play, dance performance or musical concert. Students left the theater inspired to be themselves and be curious about the world. By the end of Doktor Kaboom’s fun-filled and comedic performance, the results about experimenting with science were in: Science is exciting, empowering and completely creative.

"Tucson Mayor Jonathan Rothschild has announced his program Great Start’s partnership with Act One. Together, they will provide field trips…

On an early April morning, more than 60 wide-eyed and enthusiastic kindergarten, first and second graders got off the school…

At a Phoenix Symphony field trip on Thursday, May 16, 2019, Act One celebrated Elias and his kindergarten schoolmates from…