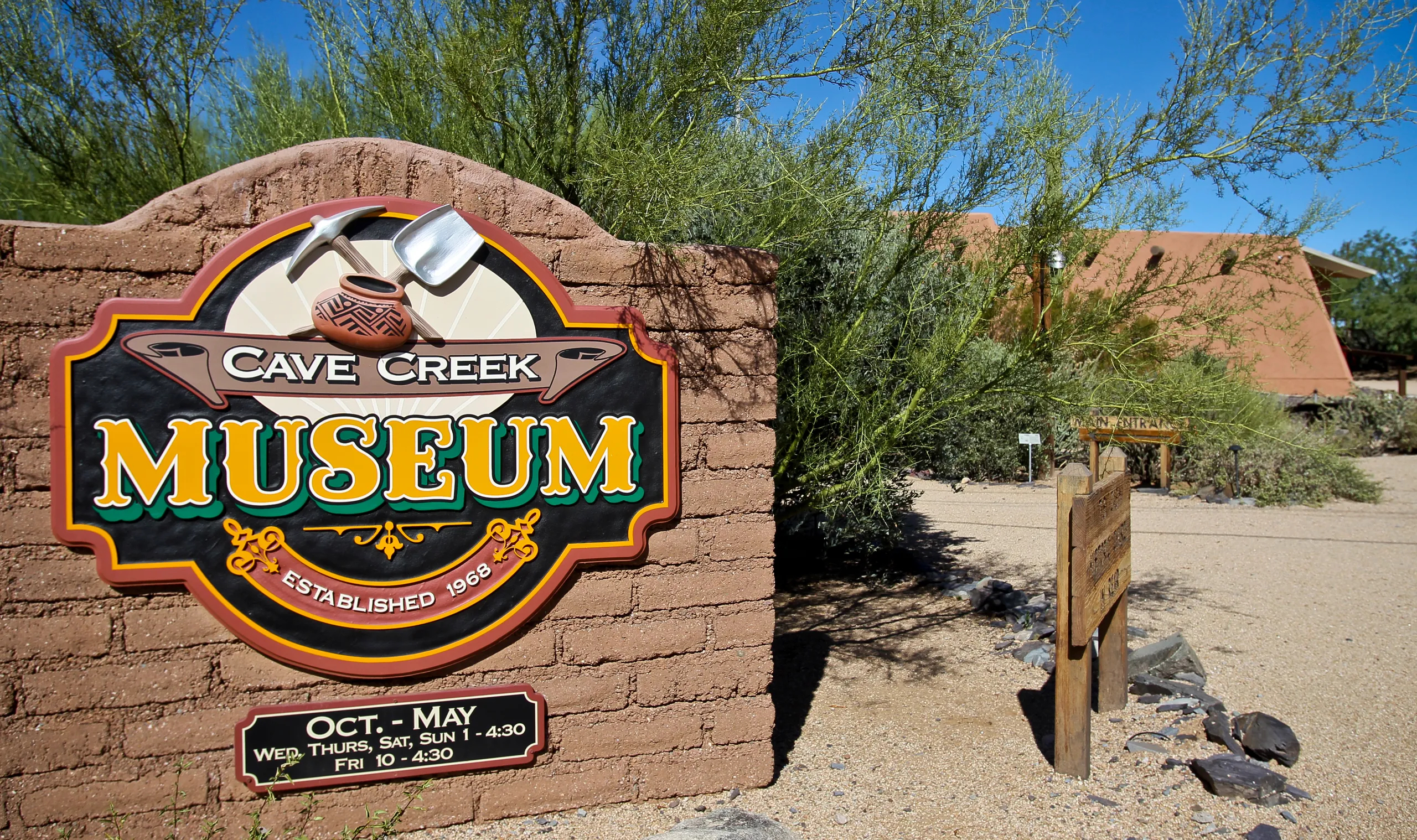 Back before Arizona became a state in 1912, Phoenix was not the capital. The Arizona Territorial Capital was, in fact, Prescott. Although Phoenix was a burgeoning city, modern air conditioning had yet to arrive and expansion was slow compared to its neighbor in the much cooler year-round climate to the north. After the Civil War, western expansion became a significant priority for the American government and, as a result, military installations were built across the Western United States. Fort McDowell, located near Phoenix, and Fort Whipple, near Prescott, were two of the more prominent locations in Arizona and, as one may imagine, there was a constant flow of supplies along the road between the two forts and adjacent communities. 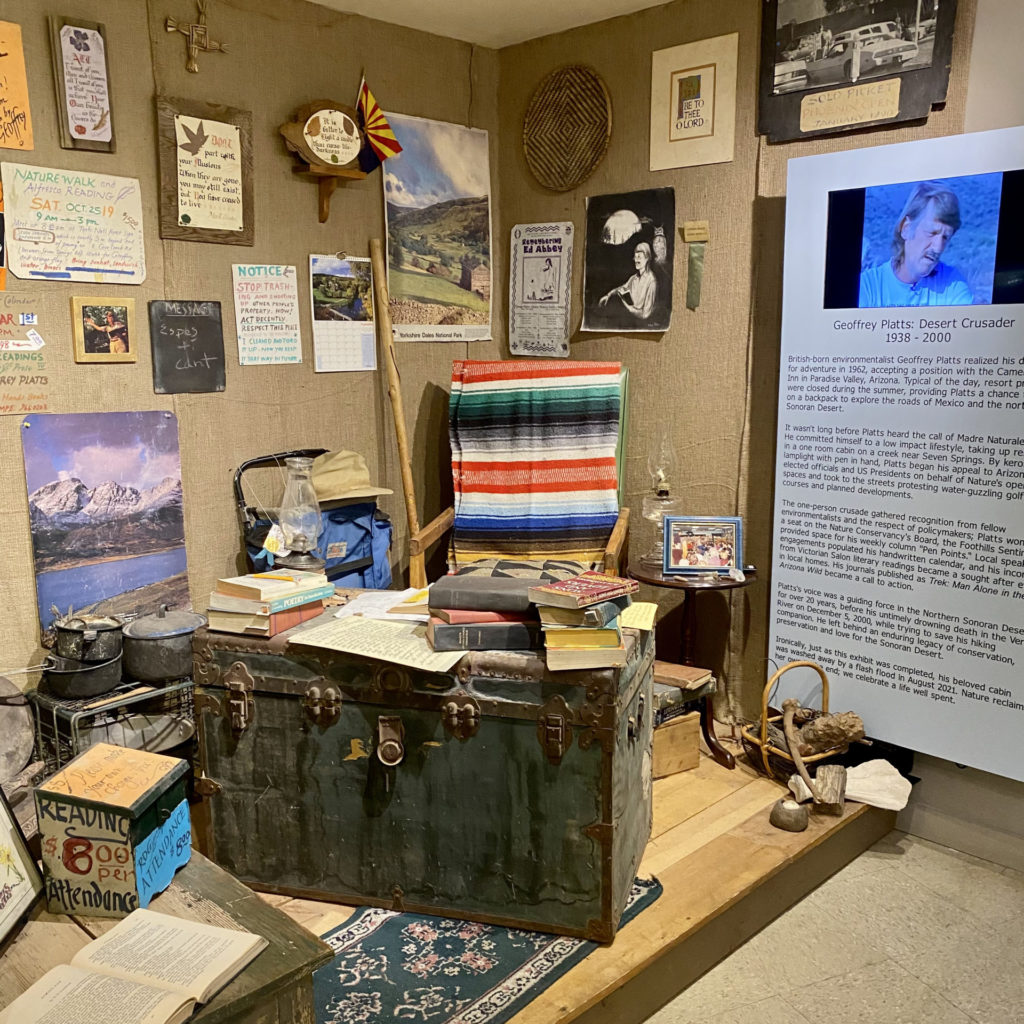 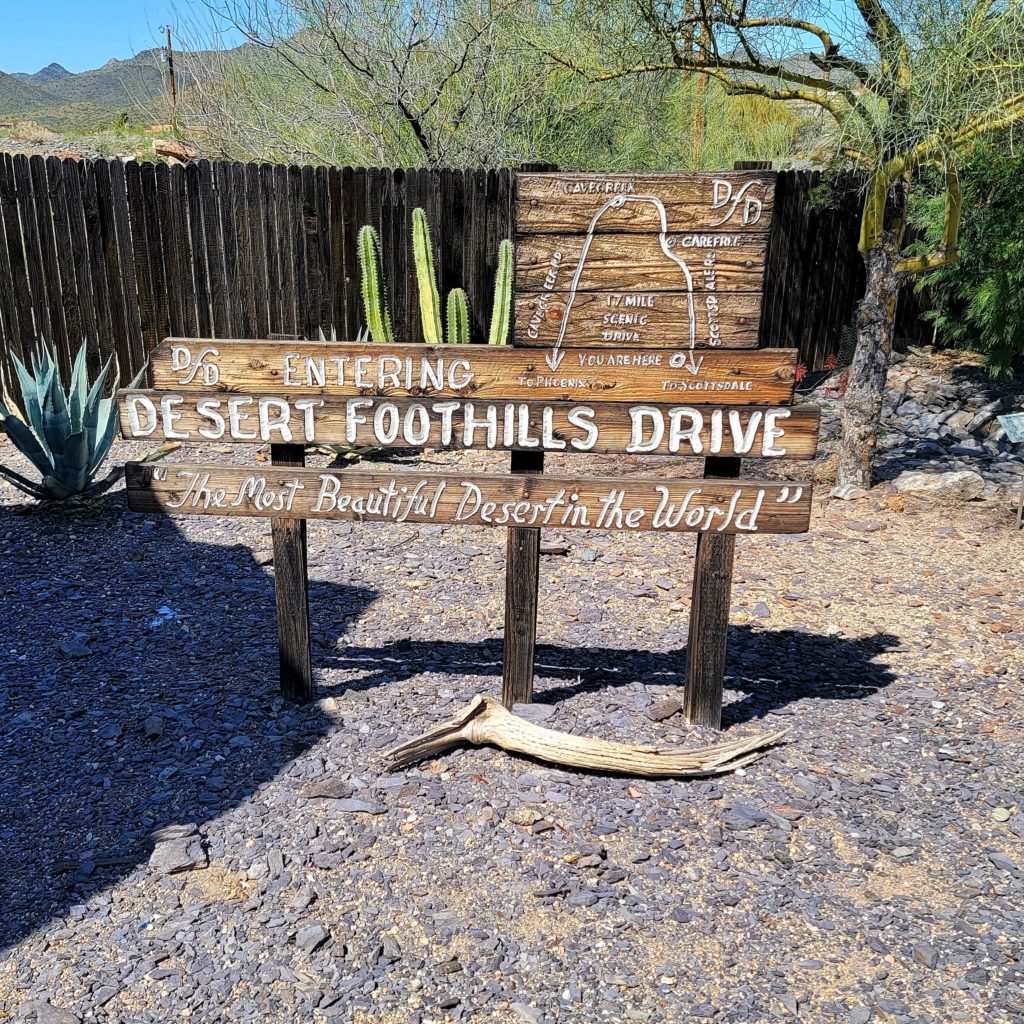 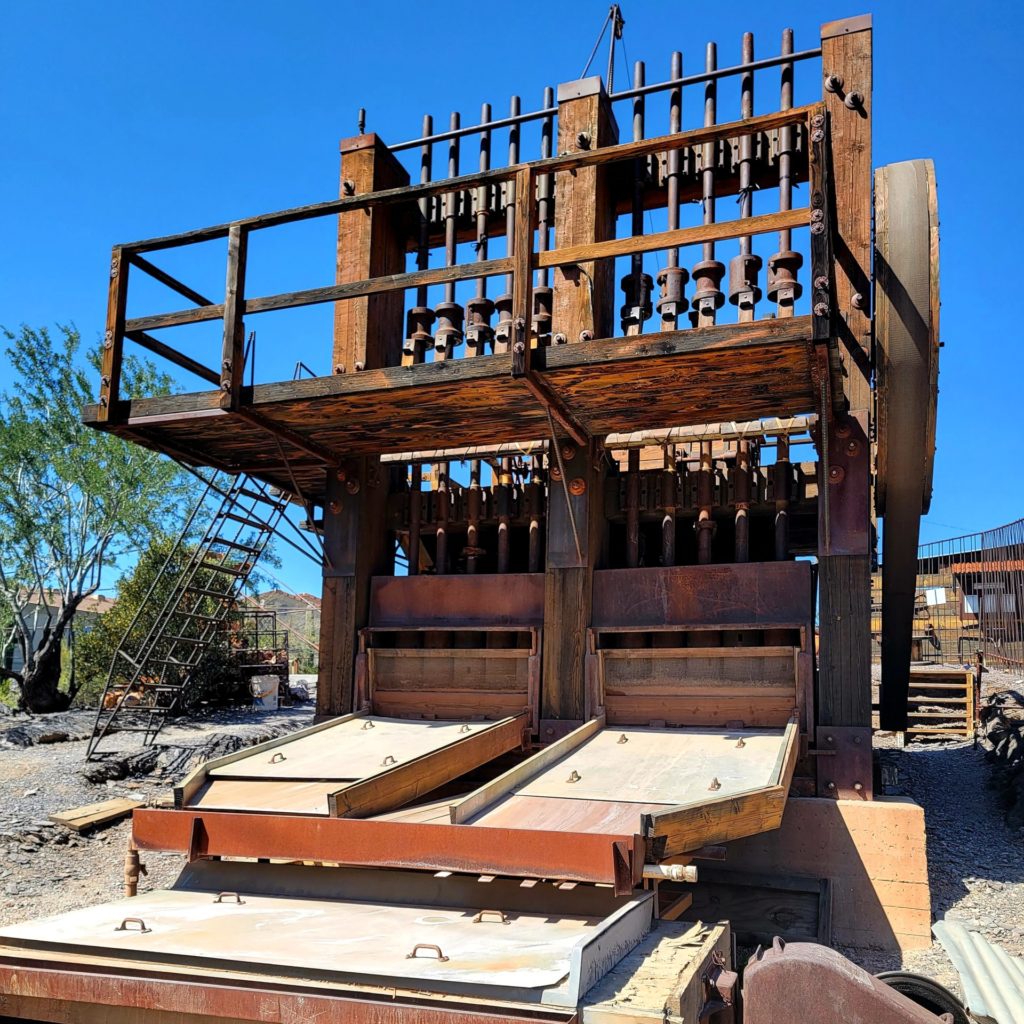 Along the way on this journey was a cave situated by a creek which eventually turned into an outpost which is now the modern city of Cave Creek. In 1873, gold would be discovered in the nearby Bradshaw Mountains, leading to a 20-year-long gold rush in Cave Creek, making the area popular among settlers, prospectors, and ranchers alike.

Built in 1968 by the Cave Creek Historical Society and housed in the historical Good Shepherd of the Hills Episcopal Church, the Cave Creek Museum resided in this building until the 1990s when the new indoor exhibit galleries were built. The museum boasts indoor and outdoor exhibits, showcasing the ancient and indigenous history of the region as well as the more contemporary frontier histories of miners, ranchers, and merchants who settled the area.

The museum’s indoor galleries include a section showcasing archaeological finds of the region and the history of Cave Creek. The outdoor gallery has a large, restored Stamp Mill that was used to crush ore removed from the mines in the Cave Creek Mining District. Oftentimes miners would have to process multiple tons of rock in order to get just one or two small ounces of gold, making this work very difficult to make profitable. In addition, the outdoor area has original ranching equipment from historical local ranches, the first church of Cave Creek (and the original museum building, rolled into its current location on logs and pulled using a tractor), and the last known original Tubercular Cabin in Arizona. 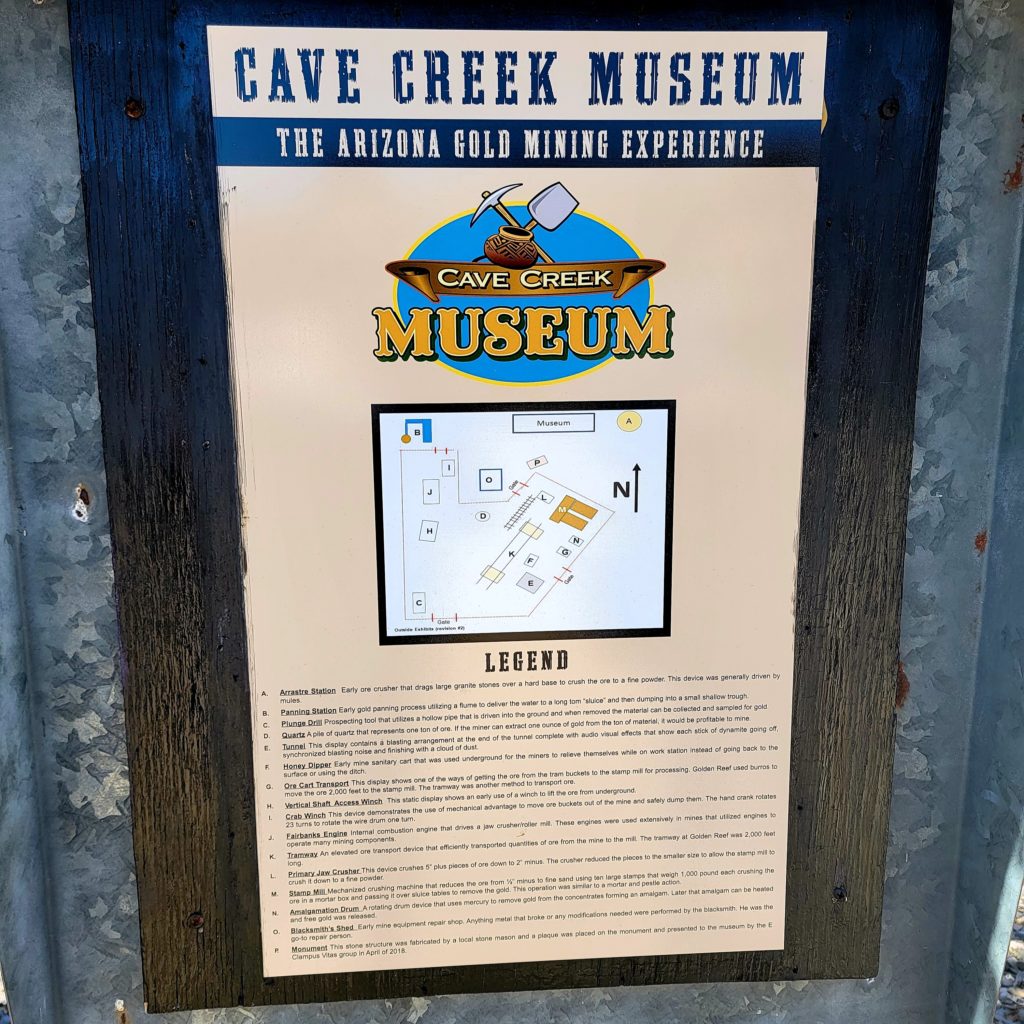 On the second Saturday of every month, the museum hosts the Arizona Gold Mining Experience during which the Stamp Mill is operated to show the rock ore extraction process. Please check their website at http://cavecreekmuseum.org for more information about upcoming events, including this unique experience.

The museum is open November 1 through April 30 annually and is closed for the summer months. Parking is limited at the Cave Creek Museum, so it is recommended to park in the adjacent church’s parking lot if the museum’s lot is full. There is accessible parking in the back of the museum for those with a handicap placard. Since the museum is both indoors and outdoors, it is always recommended to wear a hat and sunscreen as well as to bring water with you for any outdoor activity in Arizona, no matter the time of year.

If you would like to check out a Culture Pass to visit the Cave Creek Museum, please visit our website at https://act1az.org/culture-pass to find a library close to you where Act One Culture Passes are available.

As the fall weather descends in Arizona, the Culture Pass gets into full swing as arts organizations embark on a…

Once belonging to the Heard family as a way to showcase their vast collection of Indigenous American art, the Heard…