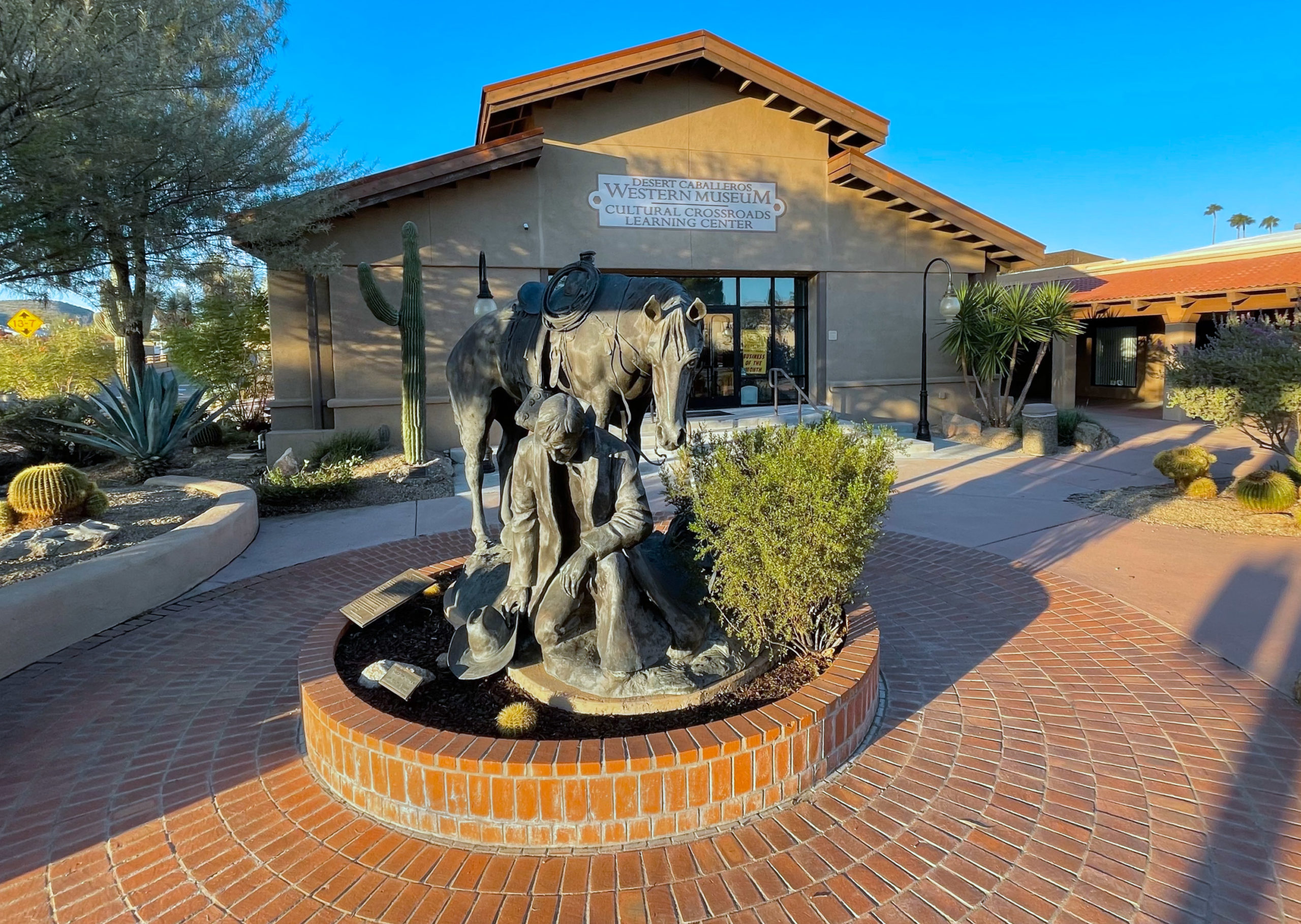 When you think of the Western United States, it is hard to avoid thinking of its history. Located in a comparatively young part of the United States, Arizona was first a territory and then achieved statehood in 1912, making it the 48th state. Arizona’s history begins long before 1912, though, and one of the best places in the state to experience that history is the Desert Caballeros Western Museum in Wickenburg.

In 1848 when the treaty that ended the Mexican-American War was signed, Wickenburg became a part of United States territory. Originally a mining town built from the famous gold-producing Vulture Mine, it has now become known as one of the most authentic places to experience Arizona history and get a real taste of the “Wild West.” Although Tombstone has its own charm, Wickenburg is the real deal, and the Desert Caballeros Western Museum is no exception.

Through current and past exhibits, Desert Caballeros offers a glimpse into what life was like in the area over the last few hundred years. Made up of two main buildings, the first houses a number of art galleries, one currently featuring the work of Bill Anton, a Prescott resident who paints vivid landscapes depicting ranch life in the American West both yesterday and today. It also has an exhibit in its basement gallery that recreates several businesses that existed in the town’s early days in the late 19th century. The recreated storefronts feature a general store with a clerk generated through augmented reality technology that “pops out” from behind the counter when you cross the store’s threshold. The building in which the recreated general store is housed used to be Wickenburg’s main general store, Brayton’s Commercial Company, so it is apt that it would be the main feature of this particular exhibit. 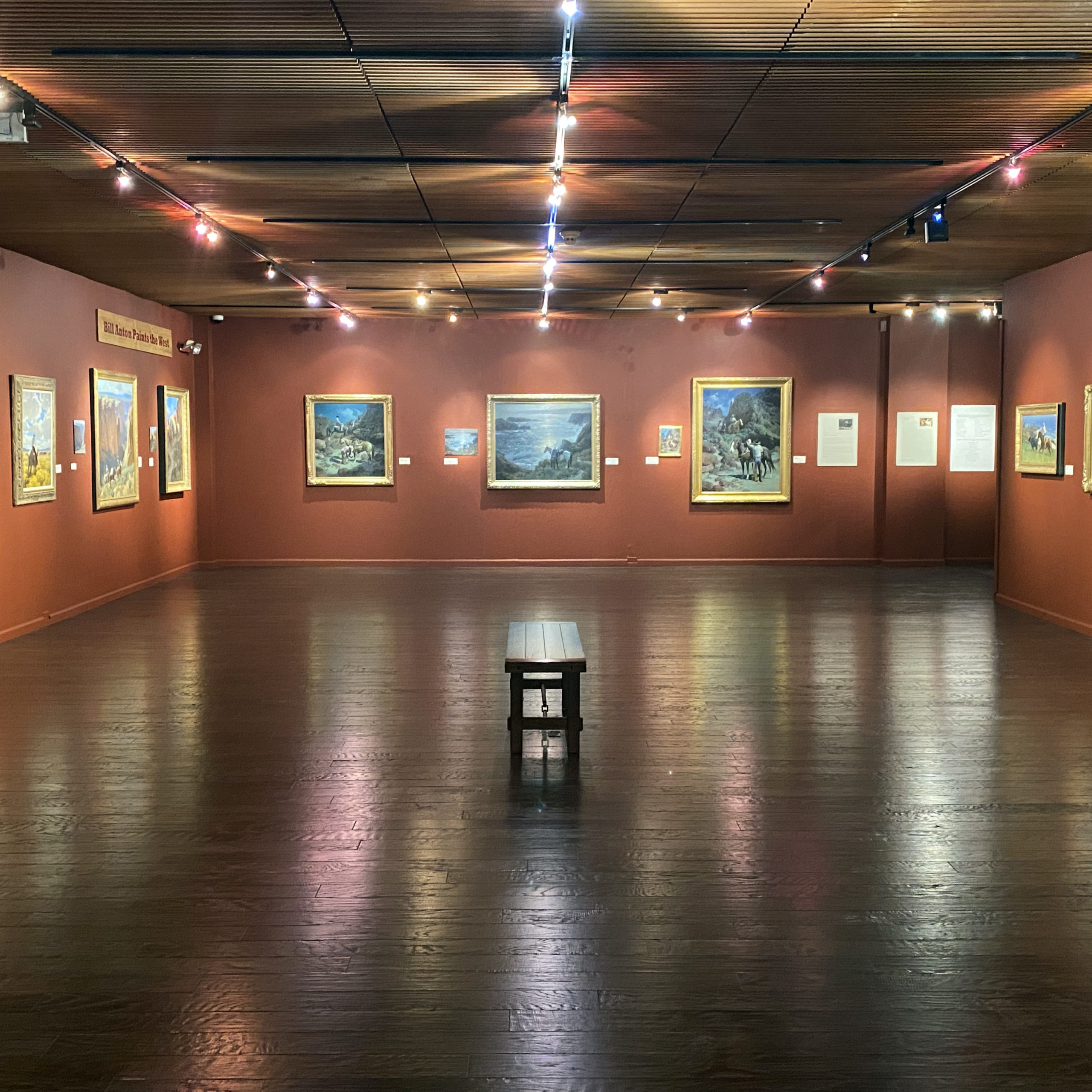 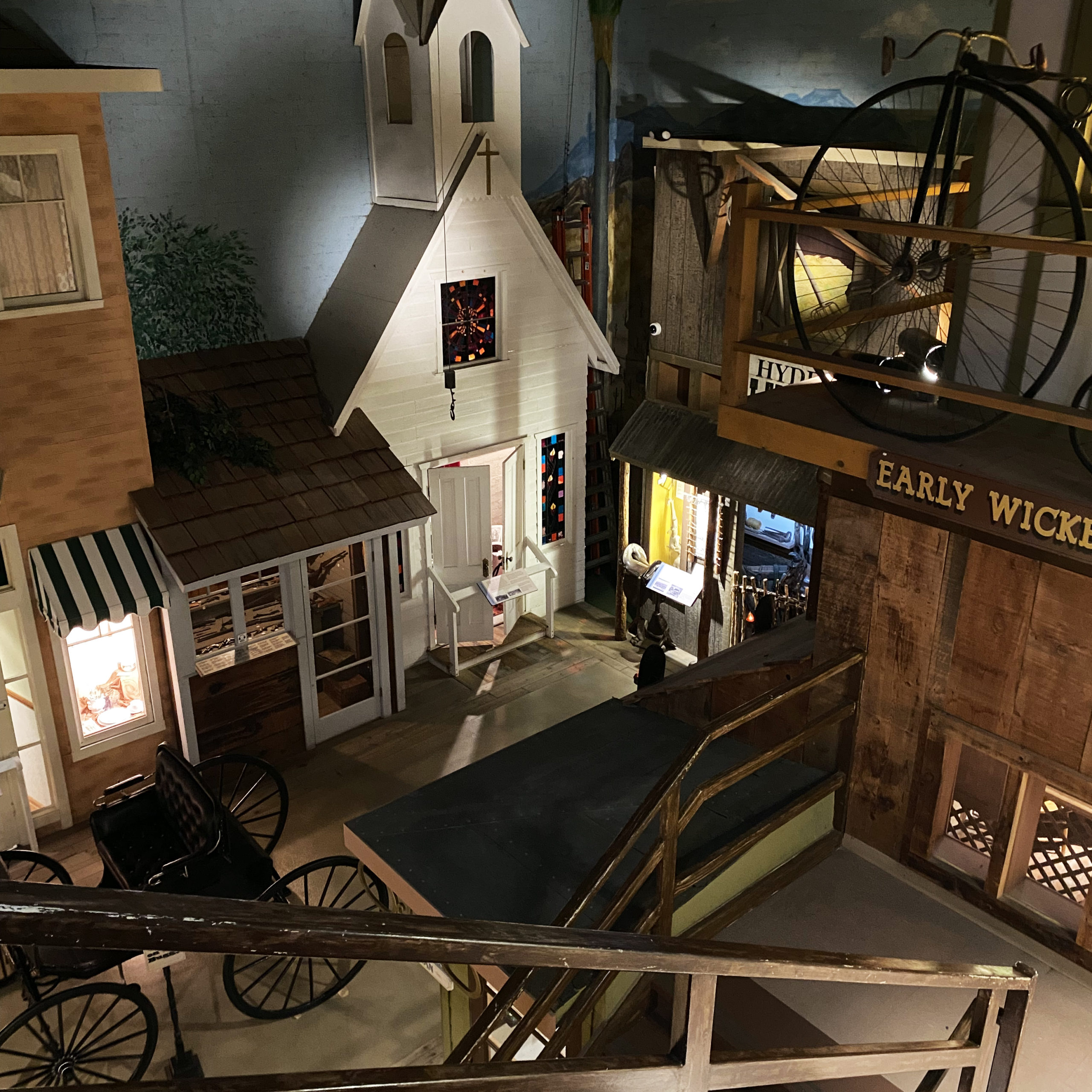 One of the most prominent collections that the museum currently features is the Apache Stories exhibition housed in the museum’s second building, the Cultural Crossroads Learning Center. This collection features the histories and stories of the Apache people and their distinct tribal groups and items illustrating their cultural heritage and ongoing traditions. The Apache Stories exhibition is open now until October 2, 2022.

The museum is easy to find, located off the main street of Wickenburg. There is ample parking around the museum and features two gift shops, one located in the main building and the other down the street, quaintly called the “Ranch Dressing Store.” The Desert Caballeros Western Museum is open Monday through Saturday from 10am to 5pm and on Sunday from 11am to 3pm. All galleries are accessible for those who are differently physically abled. For those who are deaf or hard of hearing, there is an audio guide available that works with all induction loops and T-coil hearing aid technology. For more information on the museum’s accessibility, please visit their website at WesternMuseum.org and click on “Accessibility” at the bottom of the page.

If you would like to visit the Desert Caballeros Western Museum, their Culture Passes are available in the Northern + rural Arizona and Phoenix Metro area program member libraries.

Visit https://act1az.org/culture-pass/ to find a program member library in your area and check out an Act One Culture Pass today!

Pueblo Grande Museum Archaeological Park The Phoenix area, more specifically the Salt River Valley, was once home to the Huhugam,…

Pima Community College is the newest library partner to join the Culture Pass, a partnership among Act One, public libraries, and…